Here it is. I’ve done it. I mean almost, technically I am still sitting at Chicago airport, but only in few hours I’ll take a plane directly to Anchorage. This is going to be my summer 2015 in Alaska.

Right from the beginning I would like to thank all of you, who was supporting me since february, when I first started to think more seriously about doing this trip. To my family, who was half incredibly encouraging and half terrified, that I am going to be eaten by a bear. To my friends in Brno, who could have listen to every new detail and bump on my road to getting visa. And what a bumpy road it was… To my international friends outside of Brno, some of them were still not sure if me going to Alaska is actually a plan or just a fantasy I am dreaming about. It all began with an idea that I don’t want to spend next summer in Brno. I went to an info meeting of agency promoting Work & Travel exchange programme for university students. After really boring first hour, where the best job offered was a life guard and I wanted to leave, because honestly, it isn’t a job I would be proud of. At the end a lady offered me a possibility of working in Alaska, but I declined, since I don’t think I am skilled enough to be a kayak instructor. However the idea about Alaska was born that day. During next few weeks I emailed half of the entrepreneur population of Alaska, introducing myself as Roman from Czech Republic, looking for a nice summer job. To be fair I started with Golf courses, because I liked the idea, that at the end of the day I would be apply to play golf for free in there. After plenty of negative answers my faith was slightly dropping. Time went by and still no promising position offered. I started to think about going back to the agency, give them my money and tell them to find me a job. That’s when it happened. By some mistake or something, I really don’t know how, I was looking on a web page of Vern Halter, introducing his dog farm. No sign of some job offering or that someone is looking for employees. I didn’t hesitate and send an email there. Between Czech and Alaska is 10hours time shift so I knew it will take a while to get the answer. Next morning I finally got a positive answer from Vern. I was super excited. At that moment began my journey to get J-1 visa, which allows me to work in United States.

At the beginning I obviously had no idea, how is it going to be. The paperwork was seemingly never ending. At this point I would like to thank Vern and Susan (Vern’s wife), because they were incredibly patient with me and the agency, which was still asking for some new documents. After weeks we finally managed to fulfill all the requirements and I got my DS-2019 form from San Angeles which approved me to apply for a visa at US embassy in Prague.  This already happened 2 weeks after my planned beginning  of work  there. At that time crashed the IT system of all US embassies all over the world, so nobody was able to get a visa. This added another 3 weeks of waiting. When I finally went to Prague for an interview, the whole process didn’t take more than 10 minutes. Pretty much the only answer I was asked, well except What is your name, was Aren’t you scared of bears? When I answered that little bit, the lady just smiled at me, said good luck and gave me my visa.

Next week I was sitting in a plane from Katowice (Poland) to Frankfurt. I had 12 hours of waiting in Frankfurt, unfortunately this was during the night, so I didn’t feel like going to the city, instead I used some relax time to gather energy for this long journey. I asked the officer at the info desk where is the best place to sleepover at the airport. His answers was that if he would have to spent there a night he would have spent it in sector B20. So I went to find B20, unfortunately I wasn’t able to get there. So I just stayed somewhere in the middle of terminal A. As you can see from pictures, I managed to find a nice place anyway. I wasn’t as much tired as I thought and stayed up till midnight, when I finally started to feel sleepy. I moved myself from the chair to the wooden ground. Well I got some sleep, but after four hours and countless woke ups I decided that should be enough of sleep. I brushed my teeth and with a good feeling went to find my next flight to United States. The plane was great, unfortunately I got the seat at the window, which isn’t ideal with my height. On the other side, we got a delicious meal for lunch and since I usually don’t get free food in plane I forgot about my knee pain and ate it all. After landing in Chicago I went for a security control. While standing in a line, an officer with a little dog passed by. The dog was sniffing for forbidden items I thought. I even smiled at the officer and her dog, because it was nice to see happy dog in a place like this. What was my surprise, when the dog started to sniff very close to me. Everyone around took a step back and I stopped smiling at the dog. The officer was still not alerted that much as I was expecting and just throw the dog some candy and told him, that he is a good boy. Then she turned at me and asked if I don’t carry some fruits or fresh vegetable, because it’s forbidden. So I gave her those two apples I had left for a snack and she let me go. Bad apples, safety first. I got a warning at the security check that I didn’t declare those apples and next time it will cost me 300 dollars. Then another tricky question came by, Do you have any meat with you? I didn’t want to give away the rest of my snack, since I was already starving after those 10 hours in a plane, but what other choice did I have? I said that there might be a baguette with salami. Officer got alerted and opened my backpack. One by one he took out my three breads, put gloves on his hands and one by one he opened them. Two chicken schnitzels were okay, but the third one.

Read next:  4 Santiago Tips & Tricks that will make your Camino easier

The third one was with salami and I obviously didn’t declare that either. I was in America for 15 minutes and I was already the biggest criminal on the airport. And without half of my snack.

Otherwise, Americans seems nice, they always want to talk. Even stranger in the bathroom started a conversation with me while I was cleaning my teeth again. In those 60 seconds while my capability to have a proper conversation was greatly decreased he introduced himself and told me that he is coming back from weekend in Las Vegas and that that city is incredible. Before I was able to answer he was gone. This is probably all until now, as I am sitting and waiting for another two hours for my final flight today, from Chicago to Anchorage. There should be Vern waiting for me. We’ll see. 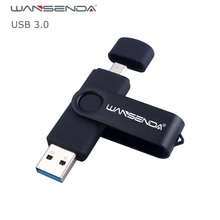